Traditional grit is not used all that often anymore when the roads need gritting. Today, crushed rock salt is the preferred option because it is more environmentally friendly and also doesn’t leave any residue behind. Another advantage is that it does not cause drains to become blocked. Here are some more facts about gritting our roads and pathways that you might not know. 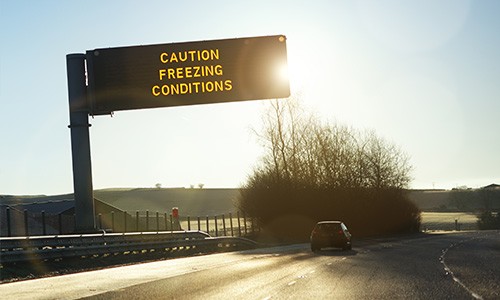 There are 225,000 miles of road that are covered by highway authorities throughout the United Kingdom. Over 80,000 miles can be found just in England and Wales. Not every road is gritted by the council; some of them are treated by grit wardens who are often volunteers. The roads that these grit wardens look after are often roads that are not widely travelled on.

Crushed rock salt contains mineral salts which turn into a saline solution when it is driven on by vehicles and melted. The saline will melt any ice that is present, and this will be washed away down the nearest drain. Traditional grit that was previously used left behind a sticky residue that still meant that the roads could be dangerous to drive on. It also used to block the drains which caused further problems for the councils. The disadvantage of using mineral salt is that if the temperature falls below minus ten degrees, then it becomes ineffective.

Councils have the choice of using 6mm or 10mm grains of rock salt. When 6mm grains are used, there is less risk of damage to vehicles if the rocks were to hit them. However, 10mm grains are still a popular choice because they can cover a larger area and they are more effective at treating areas where snow has already fallen.

Although the cost of gritting every road in the UK would run into hundreds of thousands, it is not the only factor that can prevent gritters from getting out on the road every time they are needed. It may be that some roads are inaccessible to the gritting lorries. If this is the case, then the council may provide bins of grit so that local people can grit the roads themselves when needed. The grit that is provided in these bins is only to be used for public roads and footpaths and should not be taken for use on private property.

Over £150 million is spent on gritting roads every year, and over two million tonnes of grit is used. However, if the roads were not kept clear, then this could have a serious effect on the economy. It is estimated the total cost could be as much as £2 billion and so the money spent on gritting is money that is well spent. 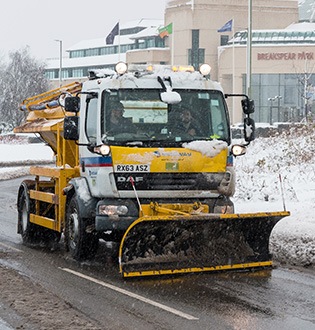 When the temperature falls too much, then the rock salt does become ineffective. It is often not the case that the road temperature and air temperature are the same and so some councils have invested in equipment that helps them to monitor the temperatures of the roads accurately. They will also use local weather forecasts in combination with this data to decide whether gritting is an appropriate choice.

It can be difficult for councils to know how much grit they will need on an annual basis which is why they often have enough supplies for a five or ten year period. If there is a particularly harsh winter one year and more grit than usual is needed it will usually be found that sometime in the next few years the winter will be much milder and therefore not as much grit will be needed which helps to even the situation out. Councils will have access to a long-term forecast which can help them decide how much grit they need to stockpile.

Contact our Gritting Contractors in Dundee. When winter arrives, you need to find a reliable road gritting contractor in Dundee. If you have a business in the North East Scotland area, contact Dundee Gritting Services today. Call 01569 668 110 to discuss your winter maintenance options.